Why Apple Should Do an elBulli

When visionary über-chef Ferran Adrià pulled the shutters down on his restaurant nestling in the Catalan coastal town of Roses for the last time, he was saying goodbye to a 27-year-old restaurant that had become the world’s most fabled eating institution. A restaurant, only open for 6 months at a time, that 2 million people a year tried to get a table at (and that only served up 8, 000 covers). His mindblowing, unreal creations (tapioca Iberian ham anyone? Consommé tagliatelle carbonara?) were the types of things never before conceived of in the history of food. He is a genius. And his restaurant was rightly feted with godly praise, the phrases diners used to describe their trip to Roses were unlike anything ever used to describe a meal before. This guy had raised the bar in a once-thought impossible way.

So why on earth would you mess with this formula? Probably the most successful restaurant of all time. Head and shoulders above its peers. The reference point for a generation of chefs. It made serious cash. It was a place that had transcended conventional high expectations to reach an unscaled pinnacle. Perhaps this genius had suffered the same fate of other tormented greats that have left an indelible mark on this planet with their excellence and he had cracked. Maybe his cheese had slipped off his cracker?

Well actually, no. Ferran Adrià has bigger fish to fry. His restaurant is to be transformed into an academy of learning and creativity. It is set to become a beacon of El Bulli inspired excellence that will nurture and cultivate future food pioneers. Carved out of the rock below the site of the former restaurant it will be an organic temple of deep culinary thought and fantasy flavours. A bit bonkers? Well, maybe. But also totally visionary. This is someone who at the top of his profession decided to say: ‘Sod it, i’m forgoing the glory of having the most stunning, over-subscribed to restaurant the planet has ever seen and I’m going to totally reinvent this and take it to another level. And then, I will really blow people’s minds.’

What we have here is a visionary, letting excellence guide him to new, unexplored terrain that probably only his establishment can explore as it has reached virgin, never-before-breached heights.

Now here is where I would like you to indulge me for a minute. There is another über over-achiever out there that is currently taking the world by storm. Of course, it’s Apple. I want to respectfully suggest that it too should look at pulling down the shutters on its rather successful operations and say to the world: ‘That’s it. No more same same. Been there, done that.’ Apple, taking its cue from El Bulli, has a golden opportunity to radically transform what it does into something so next-level, only it could have the audacity, temerity, imagination and wit to give it a go. Their prize for doing this? Nothing less than saving the shredded, consumption-addicted global economy from eating itself. A world that has no idea how to accommodate the coming avalanche of new consumers , other than to sell them the same stuff we in the West have been chowing on for years and that has slowly driven us to the brink of decades-long stagnation.

So here is the plan. The new iPhone launch today will be its last new product launch for the foreseeable future. Tim Cook will tell the ranks of the world’s press that it is time to move on. He will explain to them that its model, while hyper efficient, is Dickensian in design and totally not Apple. Endless mining of minerals from conflict prone regions, minimal recycling and incessant low cost manufacturing where misery inducing employment is just ‘one of those things’ are to be consigned to the past.

Elsewhere, the walled garden defensive play, totally out of step with a world aching to be free (well, just not penned in) would be torn down. The patent disputes and other such misadventures that gave this onetime pioneer an almost Microsoftian air were to become trivial asides to the big new game in town. And no longer would the piecemeal social and environmental efforts, which were all they could muster against the backdrop of this whirring super system, be an embarrassment.

Apple would commit to never selling another product (as we know them). Sure, it would still have a hand in making them, but it would draw up some serious new strands to its business:

1. It would devise a modular, closed loop system that would mine old gadgets for the raw materials needed to upgrade your stuff. Zero new materials as standard.

2. It would share this system (along with its once zealously guarded patents) across industries and create a new set of industry standards (metaphorically) overnight that would see us through for the next 100 years.

3. Remember all those times when people would ask: what if Apple designed our trains, planes, stations or airports? Well it would now be doing that, taking its design ethic and using it out there in the real world to collaborate on user experiences, making our lives better, more serene and more enjoyable.

4. Apple’s stores – already the standout reference point in a retail environment that has become tawdry low margin ride to nowhere – would truly become hubs of creativity, experiences, collaboration and learning (find out more on this at retailreset.com). A global network of go-to beacons taking the philosophy of Apple out of gadgetland and into our lives. The company would nurture our thinking, ideas and actions to help us hack the hulking civic, social, environmental and economic challenges we face. In-store workshops, amphitheatres and makerspaces would encourage us to be turned from lobotomised, debt addled consumers into active doers, makers and thinkers.

In the end, what we would see before us would be a visionary leader responding to the demands of what they and us are going to need to take on the 21st Century. A landscape where consumption (as we know it) means nothing and human potential means everything. How is it going to make money? Well, I’ve alluded to four ways this transformation might take place. In my puny mind, all four are big bulging opportunities (alongside many others I’m sure). And here is the thing, these fields are already being explored by 21st Century pioneers. Companies like Worn Again are creating closed loop systems for household names like Virgin and Eurostar. Others like Nike and New Balance are sharing patents at The Green Xchange. Radical innovators are taking their smartphones and turning them into stethescopes. Maker and hack spaces are gaining traction as people look to get enriched and experienced by getting their hands dirty. These small steps forward are laying the groundwork for a reconsidered way of doing things that looks at what we have got and says ‘no thanks, gonna do better.’… All Apple needs to do is jump in. 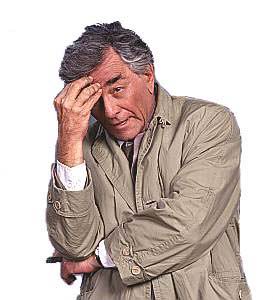 Again, why do this when its making money hand over fist, sitting on billions of dollars and rightly feted as the best thing going for us right now? Well, we simply haven’t got any room left for humdrum, fifth rate, 50, 60, 70 year old thinking if we want to truly prosper in the 21st century. We need the very best to exploit their excellence and take us places only they can reach and re-found prosperity with their brilliance, excellence and pioneering verve. Ok, it might be crazy. But just imagine if that famous, Colombo-esque ‘one last thing’ in today’s yawnfest of a new product launch was an outline of a blueprint for taking things to the next level. It would be earth shatteringly disruptive. It would also transform Apple not just into a truly awe-inspiring institution in its own right, but would also secure its future for a long time to come.